The first phase of the redevelopment of parts of the Rustaveli Theatre, the café was the only part of the project located above ground. Facing onto Rustaveli Avenue,, the main thoroughfare in Tbilisi, the café re-establishes a daily, open connection with the avenue.

The café is intended to be a place of gathering, of sharing food and wine – a central part of Georgian social culture – as well as hosting a series of events and talks that are based on the character of the Kimerioni such as discussion clubs, film screenings, artist installations and exhibitions. In that sense, the intention was to make a space that was flexible enough to host events where there would be larger numbers of people, whilst also having an intimacy of scale for smaller gatherings.  To this end, the mezzanine was seen both as a smaller, more intimate space under the brick Munier vaults as well as a gallery to allow people to watch film screenings or talks from above; creating a dense and dynamic space.

As part of the commission, we designed a bespoke range of furniture for SKOLA including chairs, tables, benches stools and built in furniture that takes it cue from a common three-legged, Soviet stool know as a taburet. All the furniture was made by local craftsmen in Tbilisi using locally sourced oak from Caucasus region.

Other than the concrete floor tiles (manufactured in Moscow by Omniton) and the hanging lamps, the entire project was constructed from local materials and by local crafts and tradesmen. 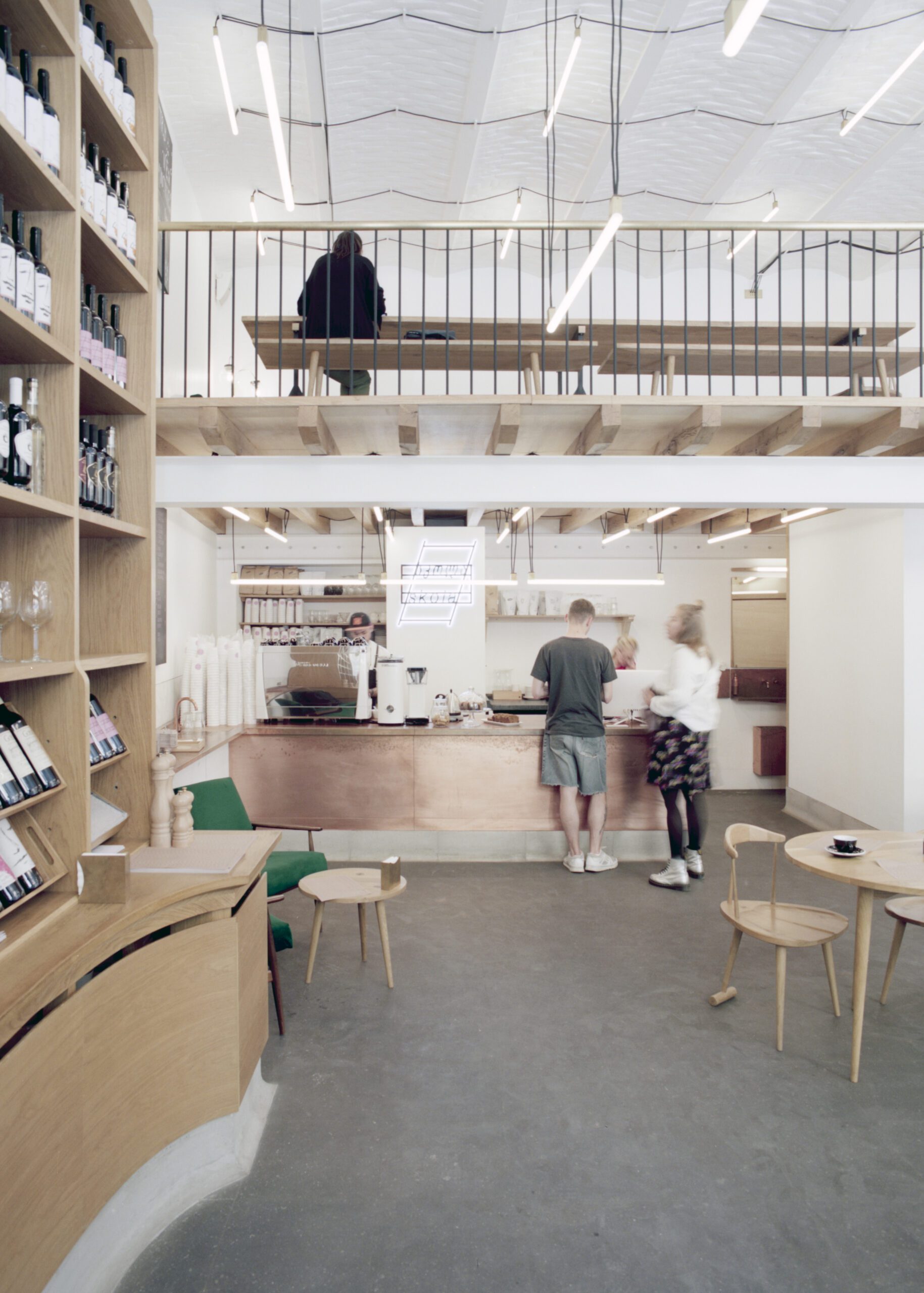 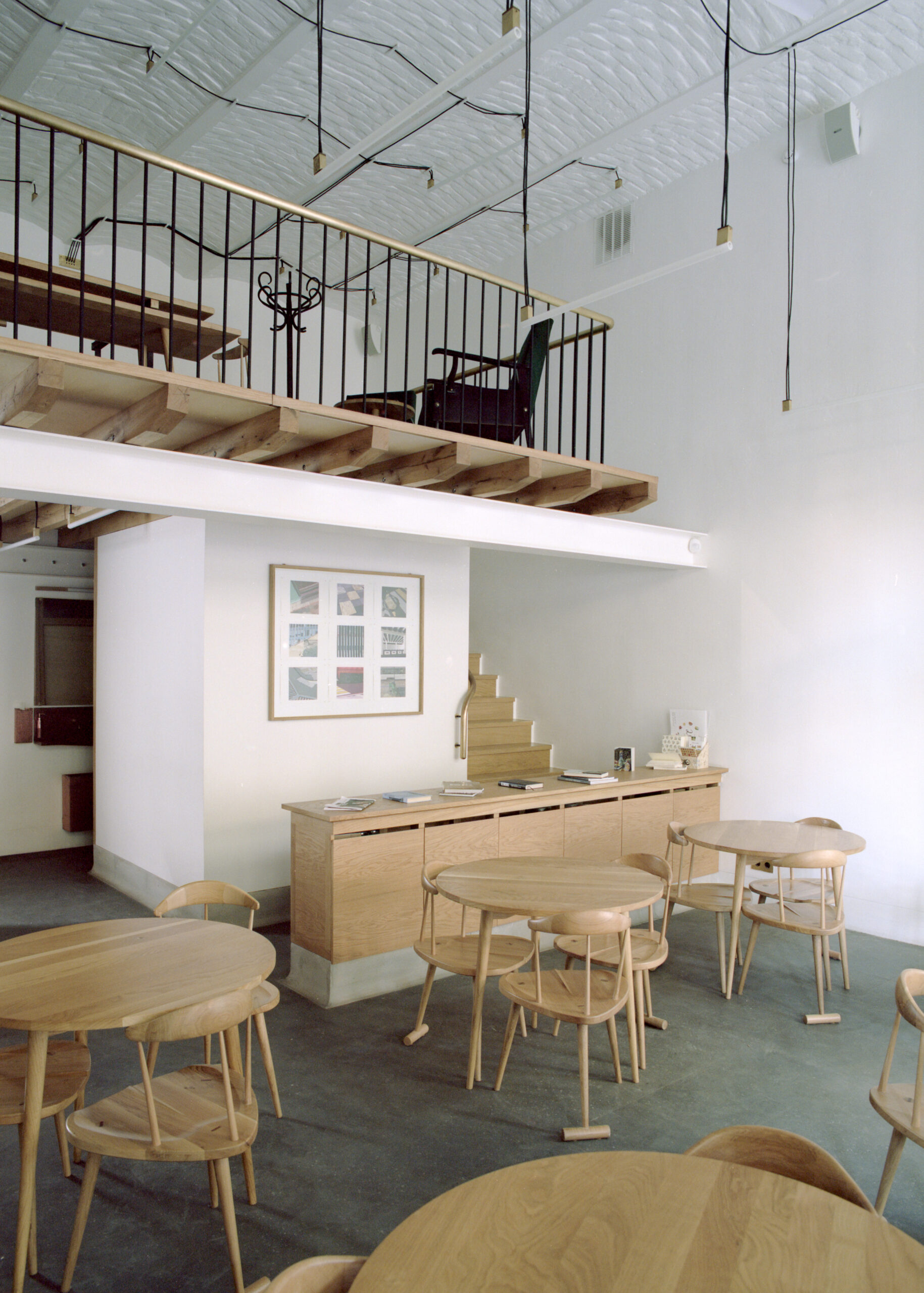 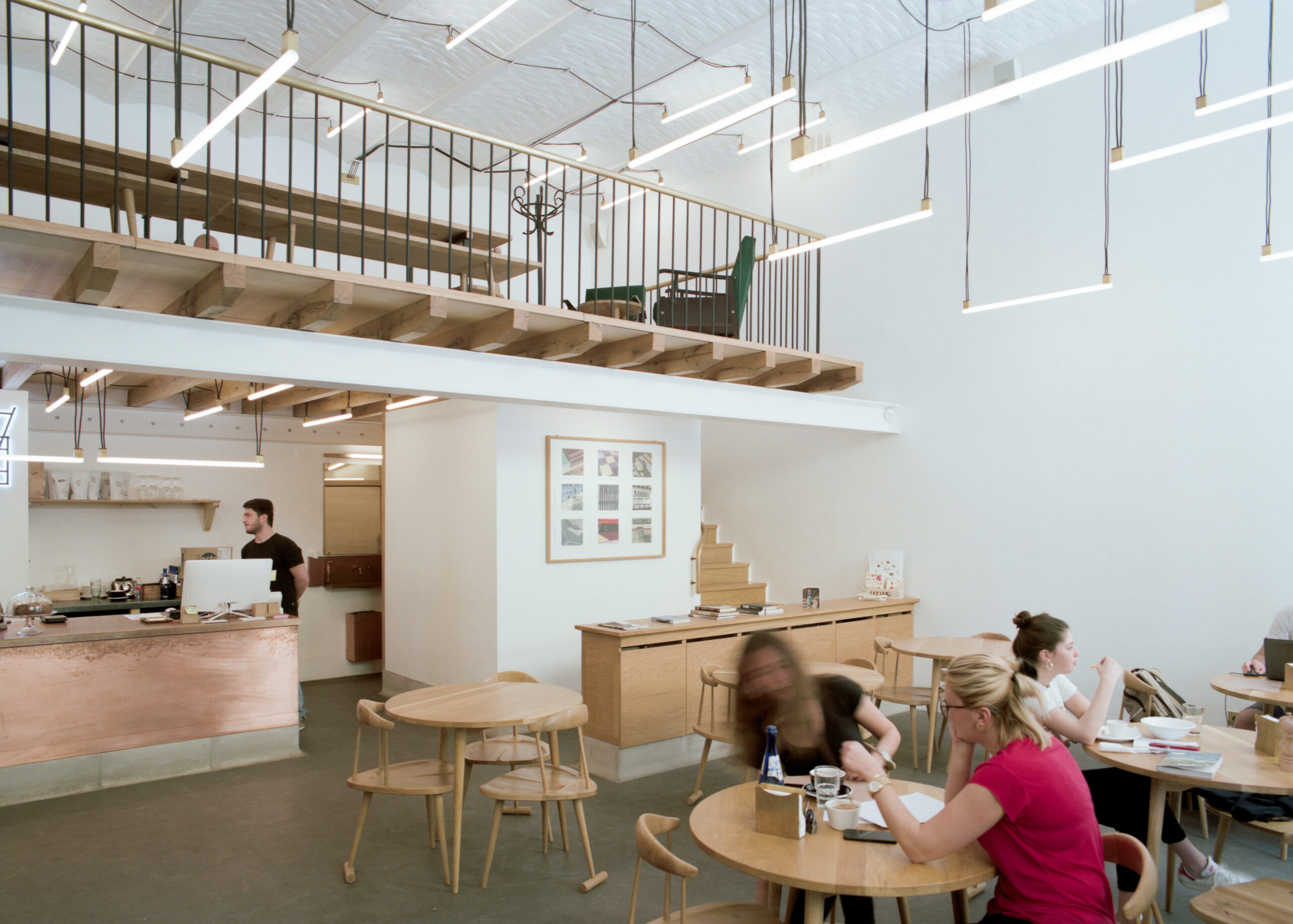 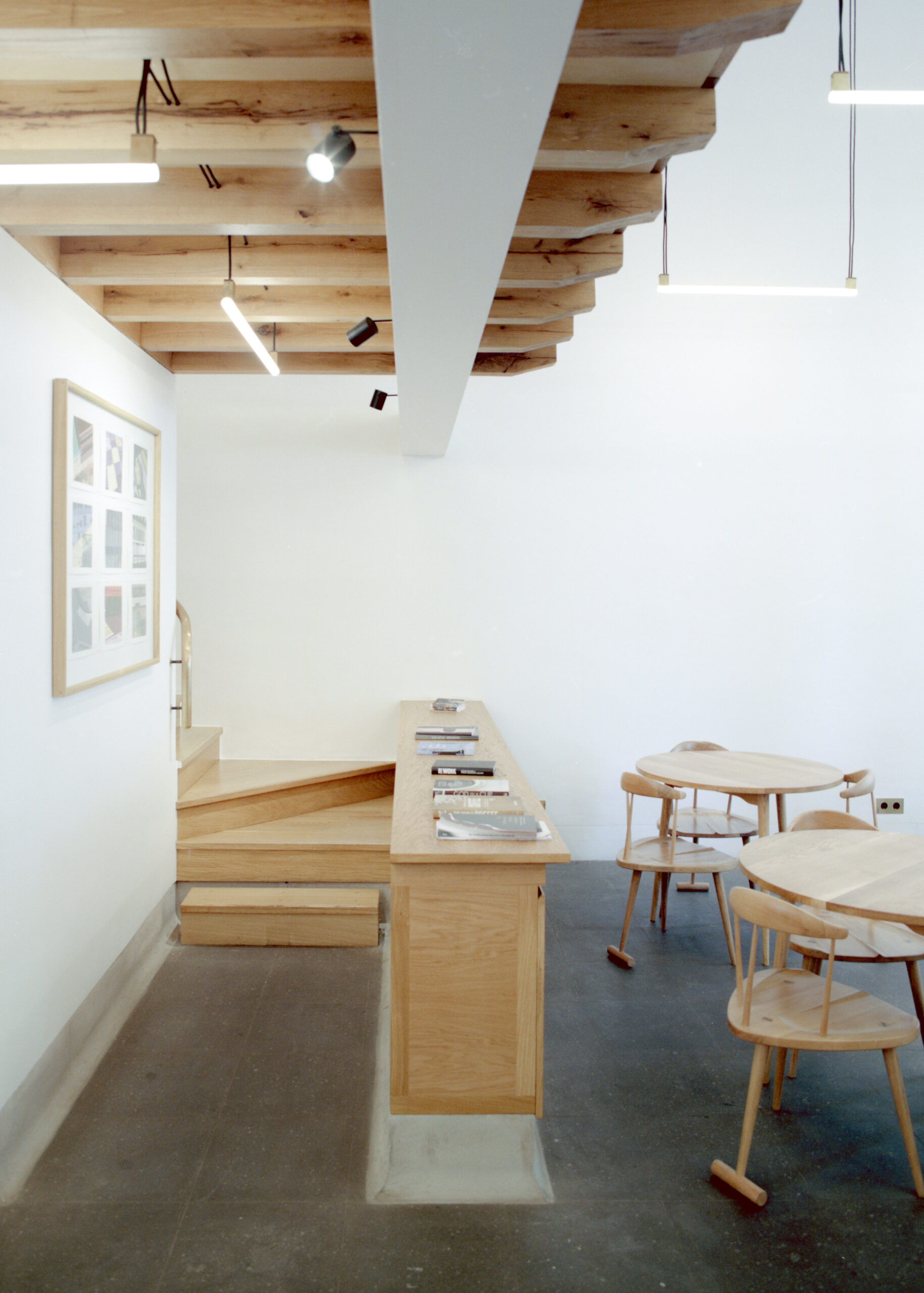 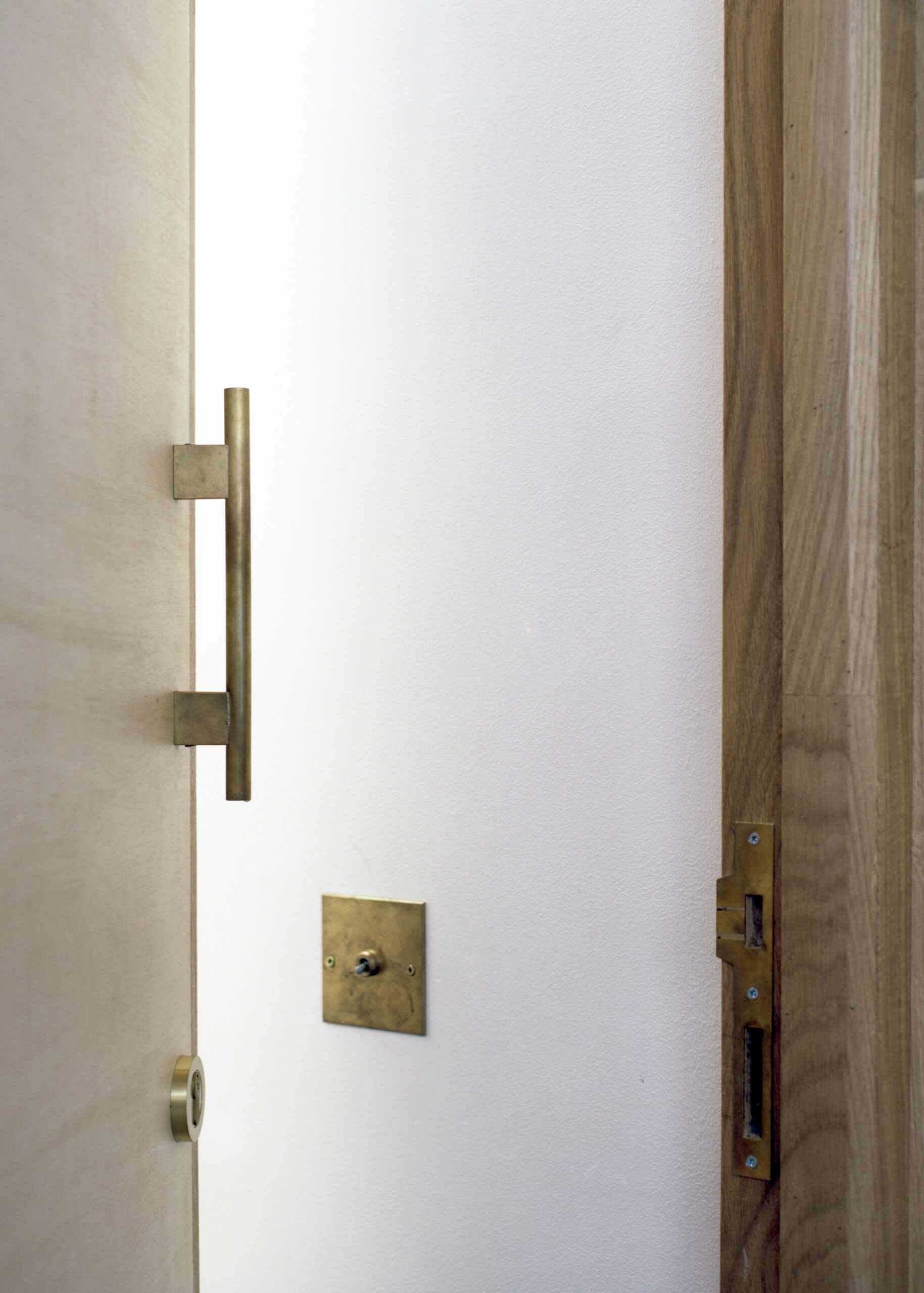 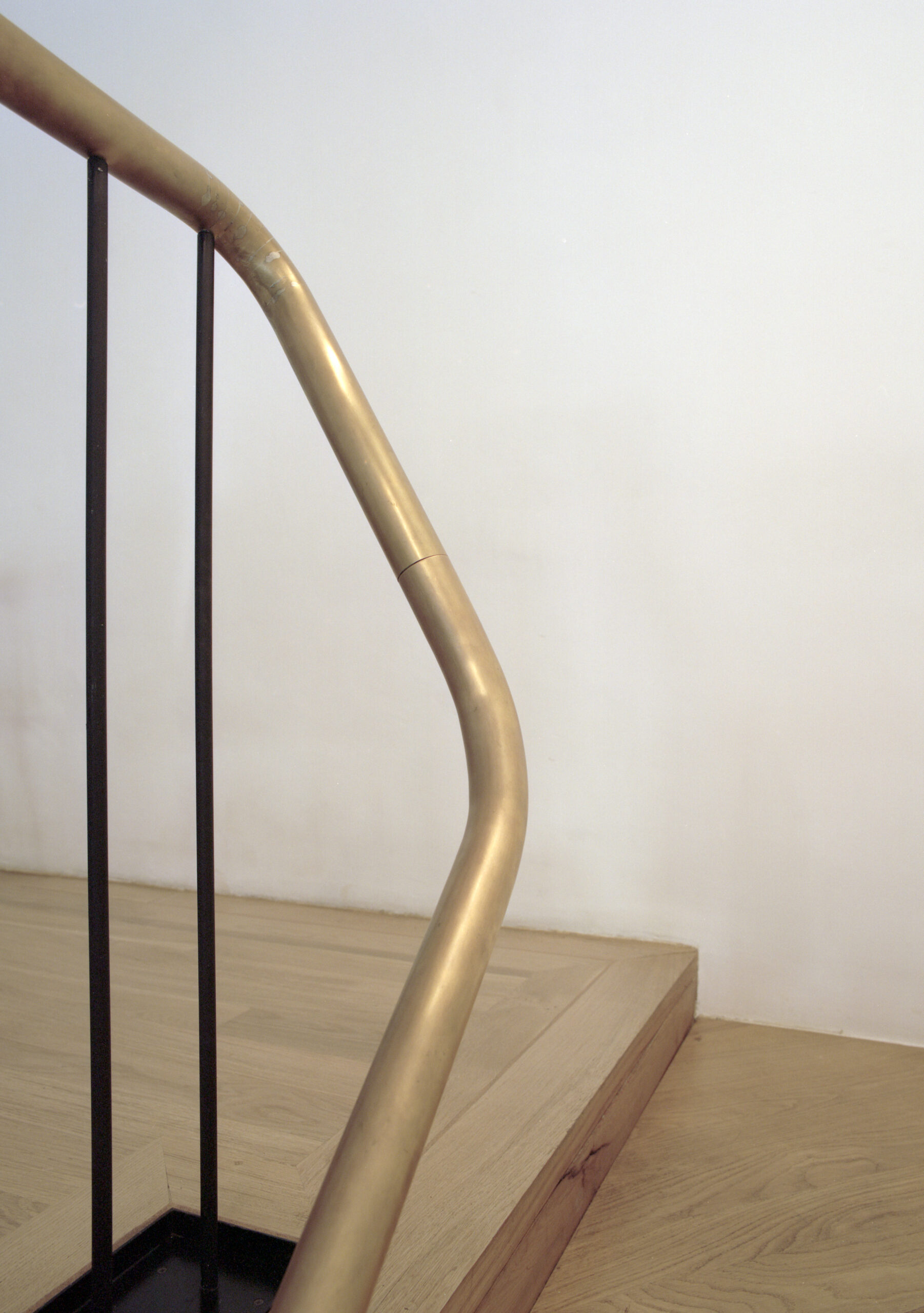 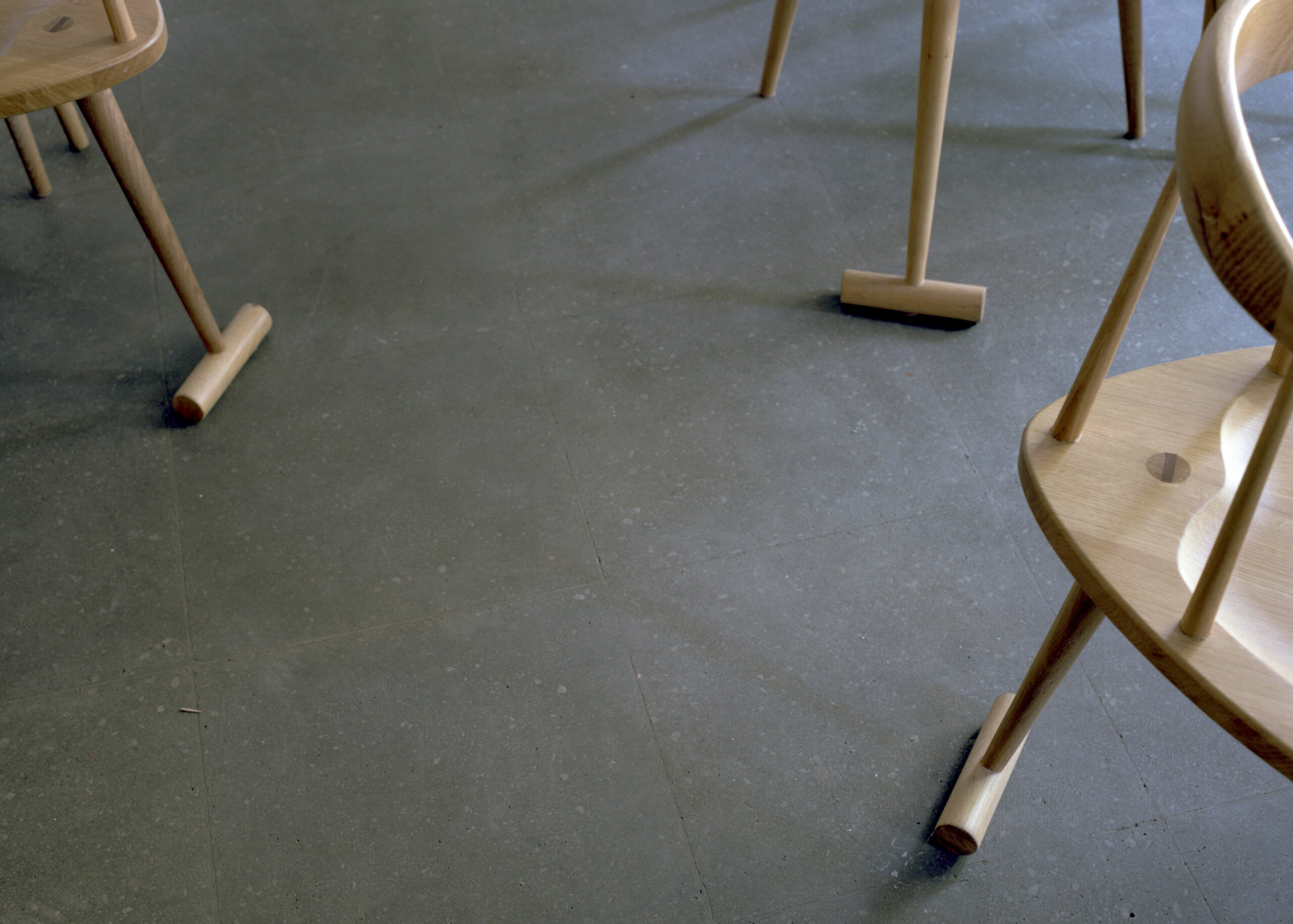 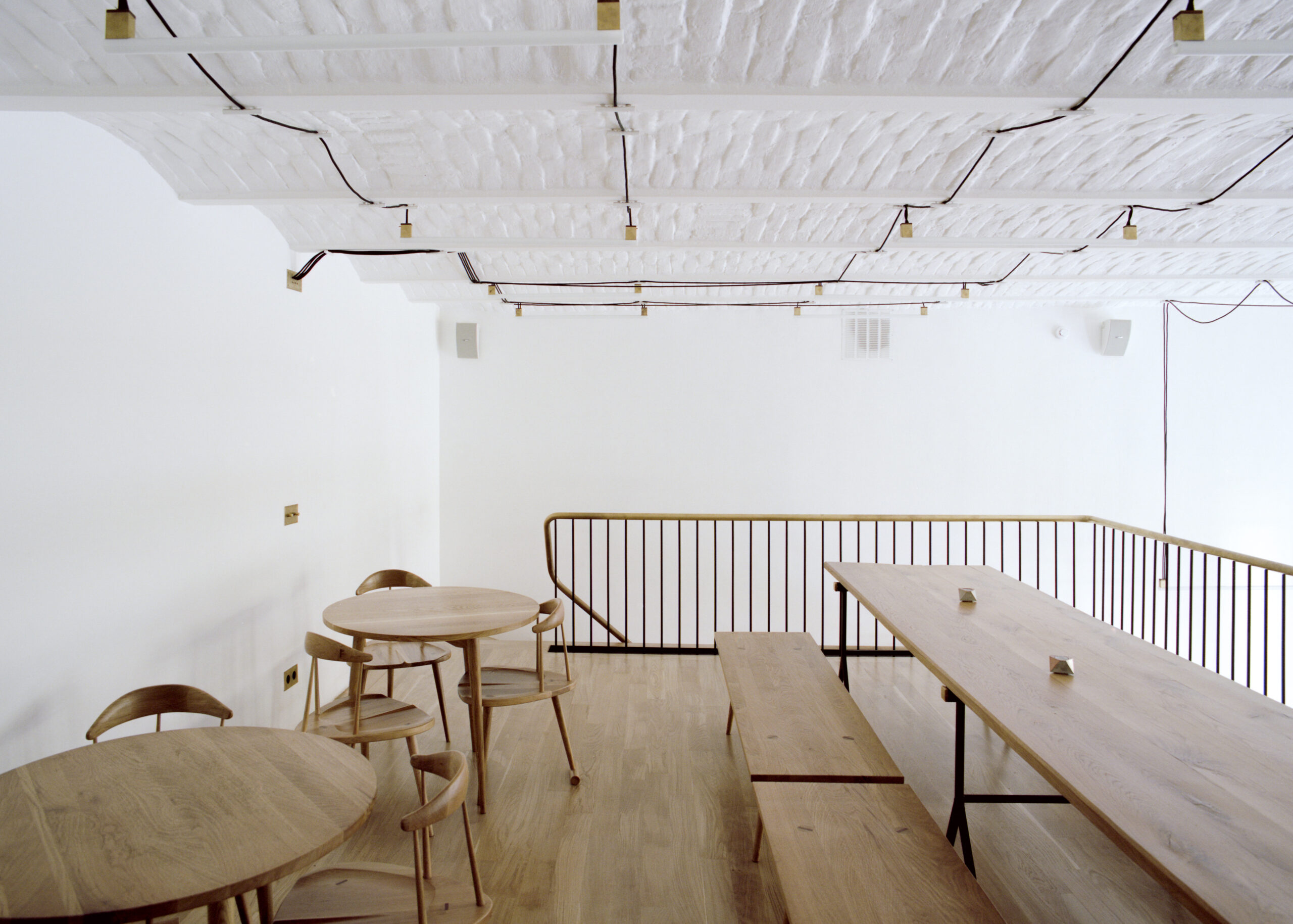 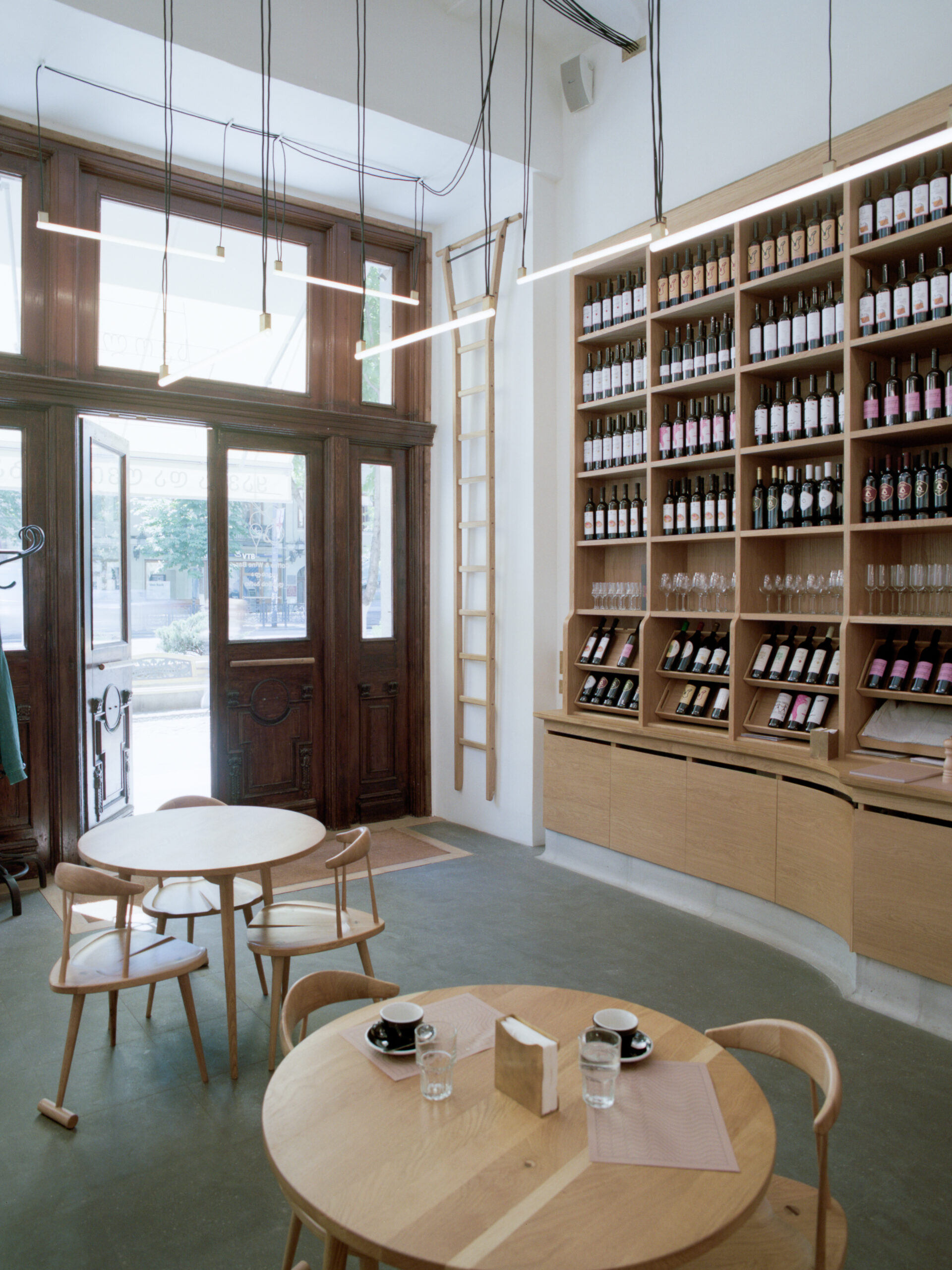 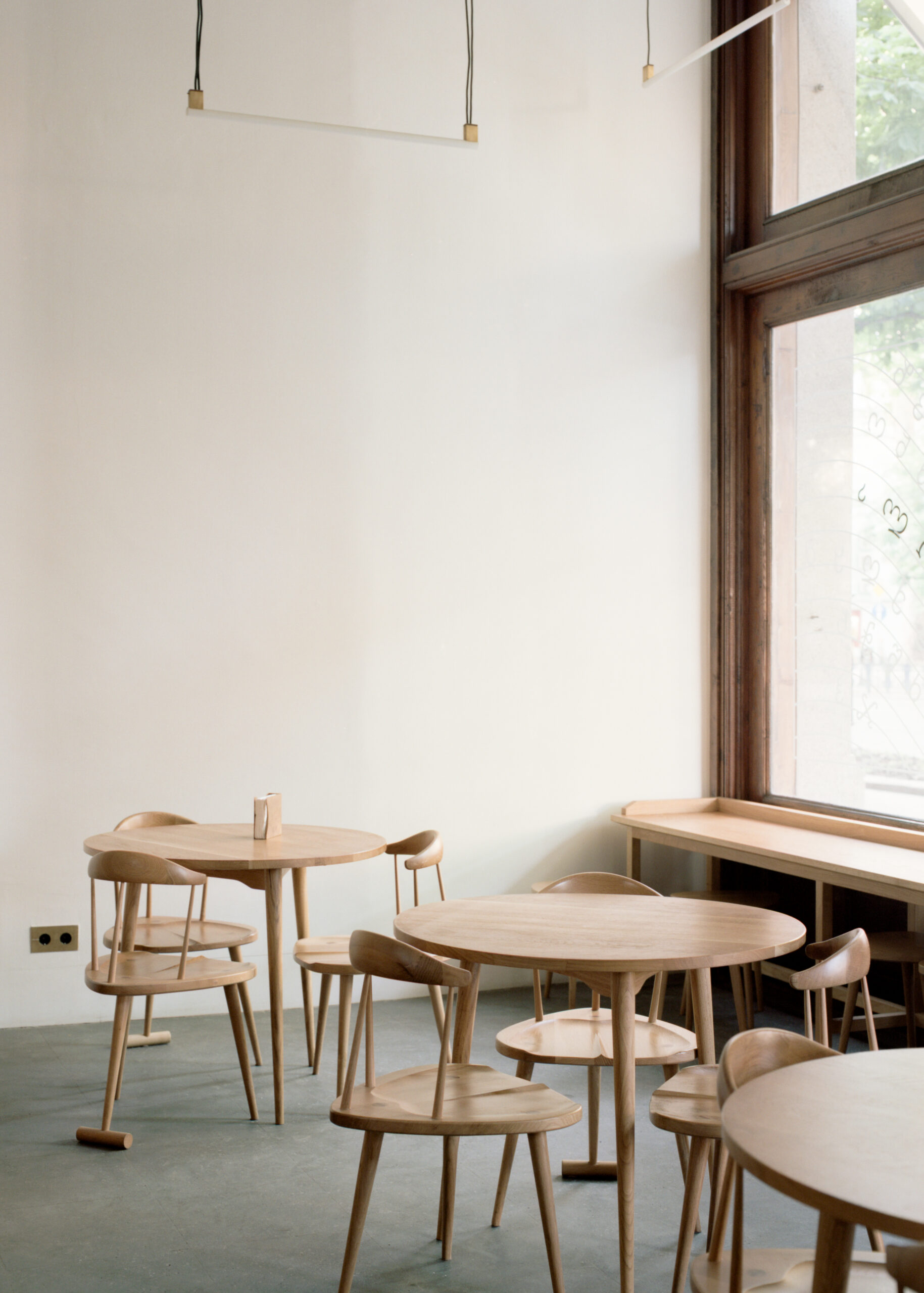 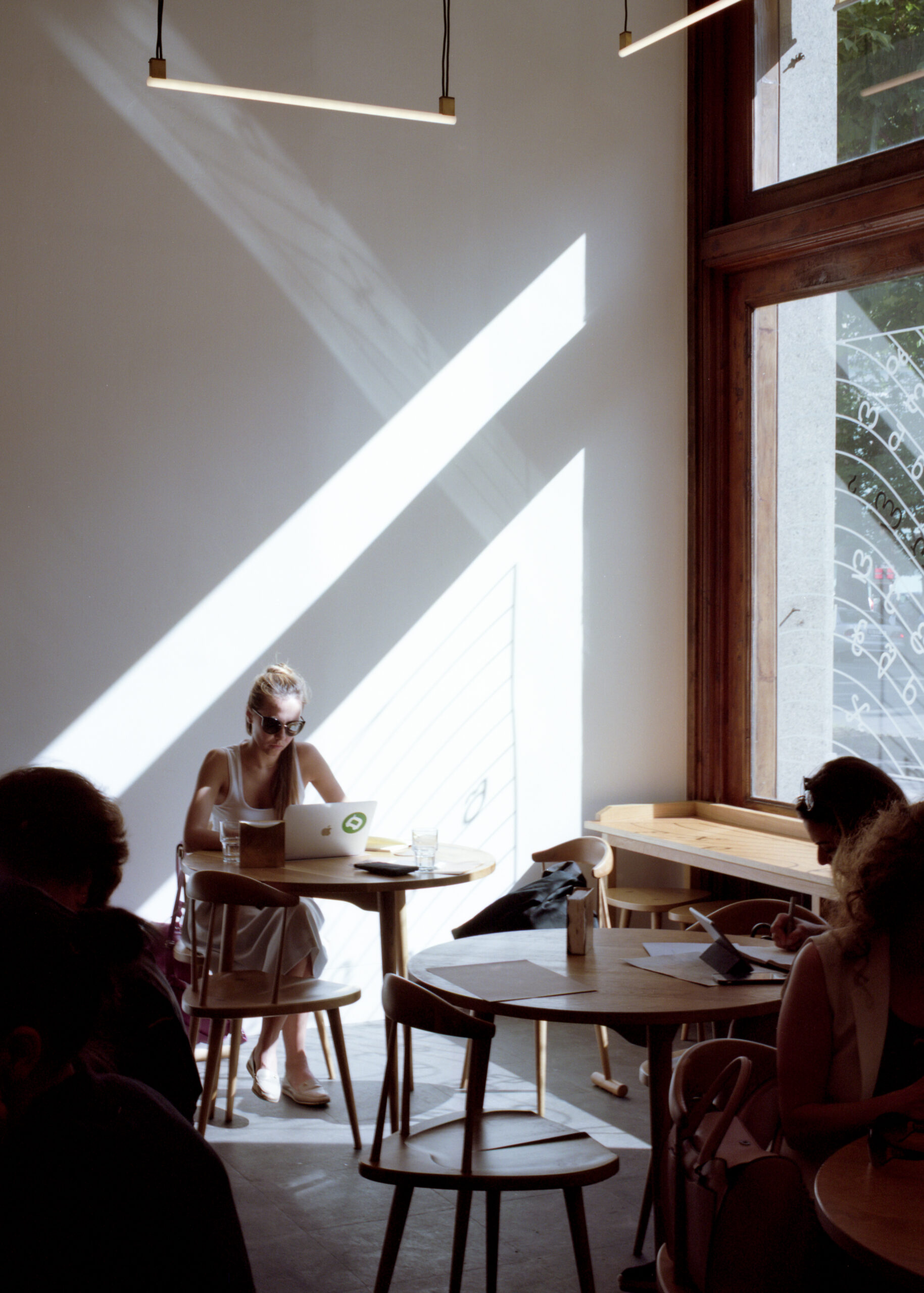 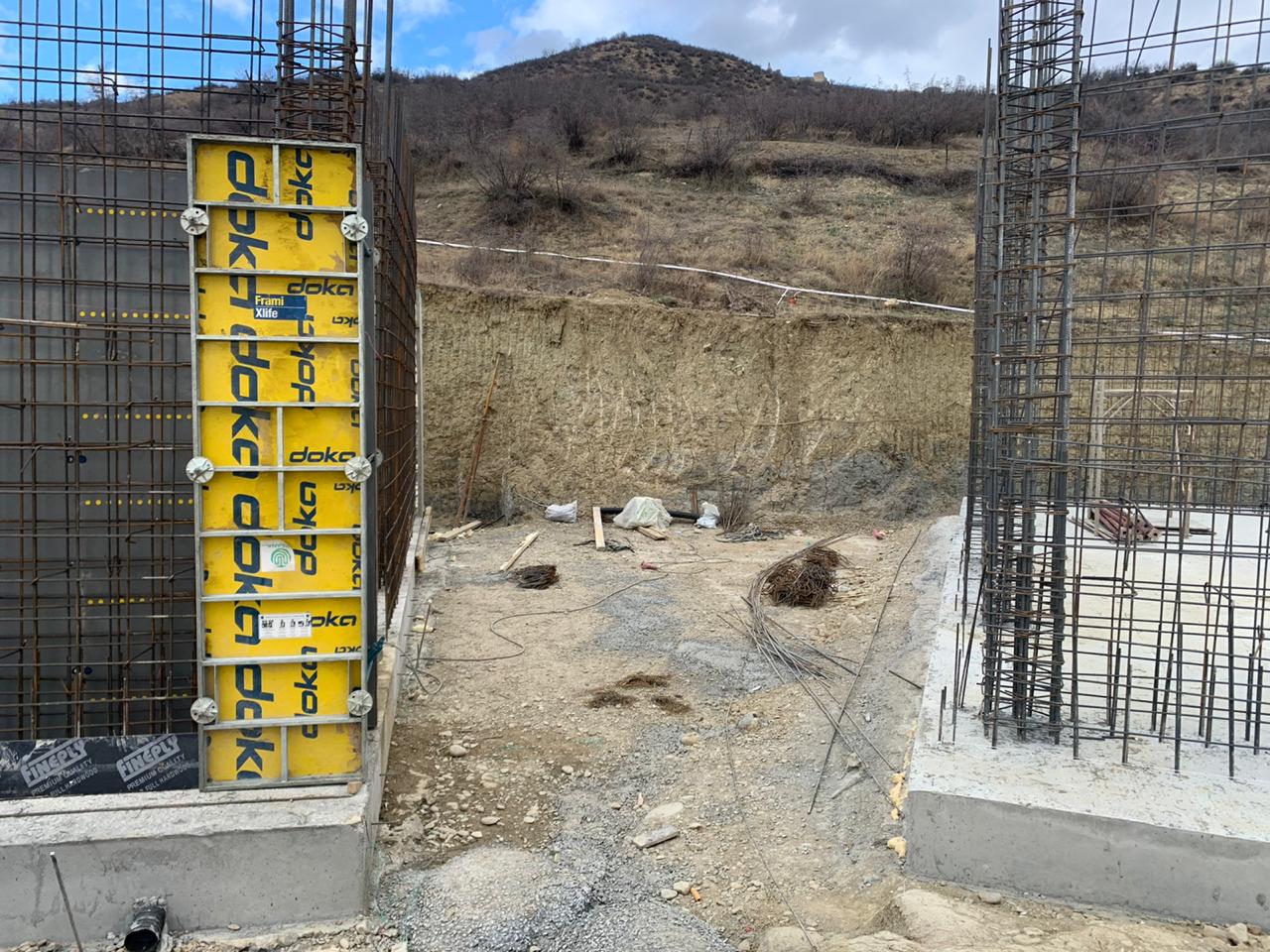