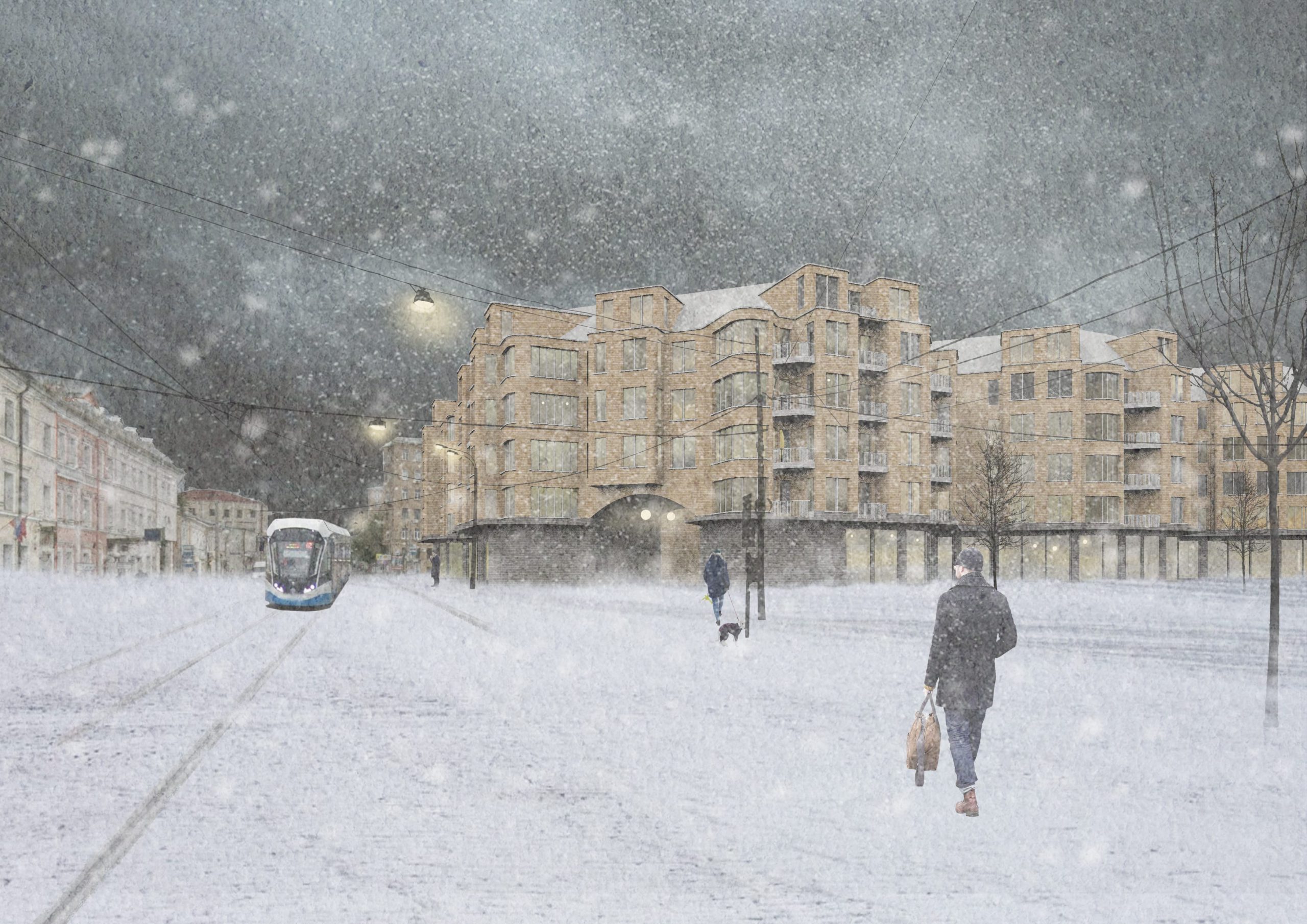 An invited competition in response to the Moscow Government’s decision to demolish great swathes of Khrushchovka (1960’s pre-fab panel housing). Our initial response was to define what was meant by dwelling in an urban context in the 21st Century, particularly in Moscow where some of the most extreme and radical experiments in relation to housing were undertaken and realised during the 20th Century? What was positive about them and what failed?

Through our research into the rich history of housing in Moscow and further afield in Russia, we identified a number of precedents to take on in our proposals: the clear urban hierarchy of the traditional courtyard blocks of the 19th Century and the density of dwelling and activity of this same type; the spatial efficiency, social idealism and technological innovation of the Constructivists of the early 20th Century; and the relative generosity (in comparison with the timber barrack-slums in Moscow prior to Khrushchev’s intervention) of the 1960’s pre-fab panel housing.

The block is pulled to the north of the site, creating a south facing square and defining the three other surrounding streets. The concertina plan facilitates an inner city density (222 per hectare) whilst also providing dual aspect views for flats that are only single sided. The central yard is open to the public, reinforcing a particular condition of Moscow that allows pedestrians to move through the city through yards rather than along roads. Overlooked by the apartments above, the courtyard includes amenity spaces for both the residents and ground floor nursery.

Programmatically, the courtyard block incorporates a wide set of uses addressing what we felt was a fundamental failure of much of the 20th Century planning in Russia in which mono-districts were prioritised with very little room for growth, a mix of use, inhabitation and activity. From a cafe, small studios, a nursery and a laundry to a market, public and semi-public uses are located on the ground floor to engender the square and street with activity. 50% of food and vegetables are produced on small holdings in villages around Moscow and brought into the city to sell in small local markets and the market on the ground floor will replace an existing one close to the site. The roof will house a variety of spaces suitable for small businesses or studios and community halls.

Each stair core provides access to 4 apartments with integrated storage spaces for prams, etc. to avoid clutter in the apartments and balconies. The mix of apartment types – from 1 – 4 bed – reflects the variety of requirements and aims to encourage families to continue residing in the city rather than moving to the suburbs and living amongst a mixed demographic of ages and incomes. All apartment types have a balcony that during winter can be closed to create a winter garden large centralised living spaces. Children’s bedrooms are designed with integrated working spaces to reduce pressure on the main living spaces. Working spaces in the apartments and throughout the building aim to address the developing culture of flexi-work and integrate this into residential typologies. 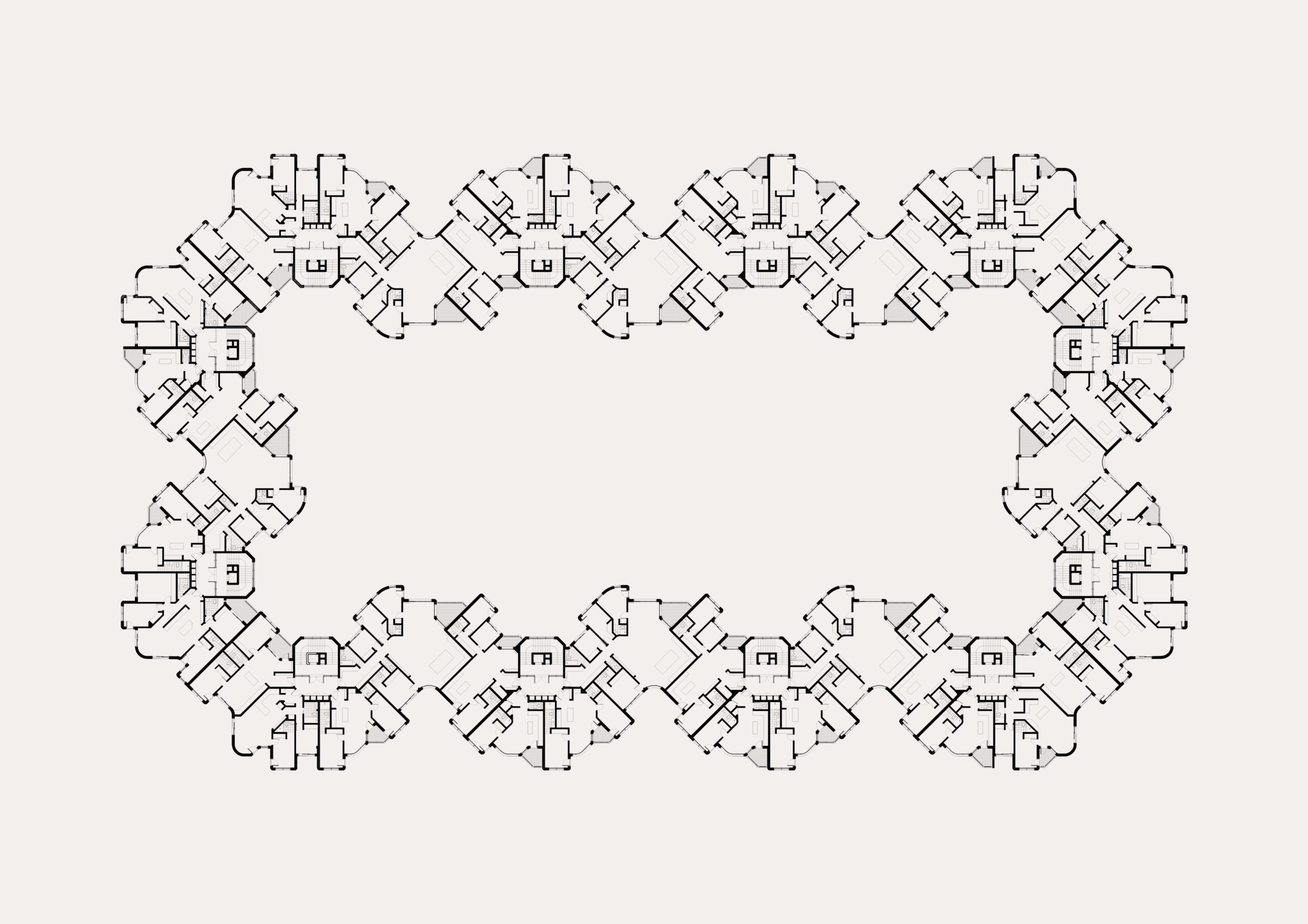 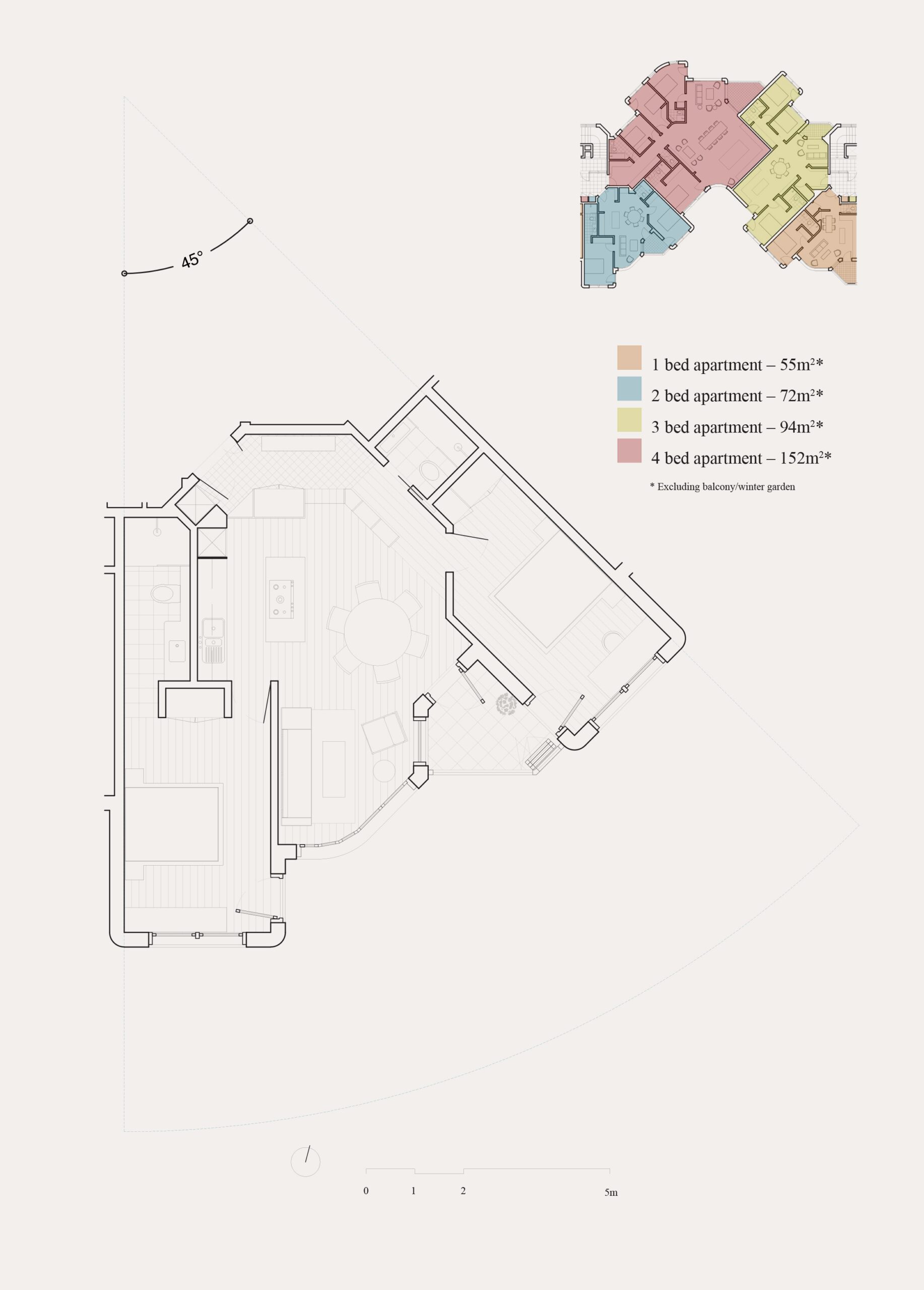 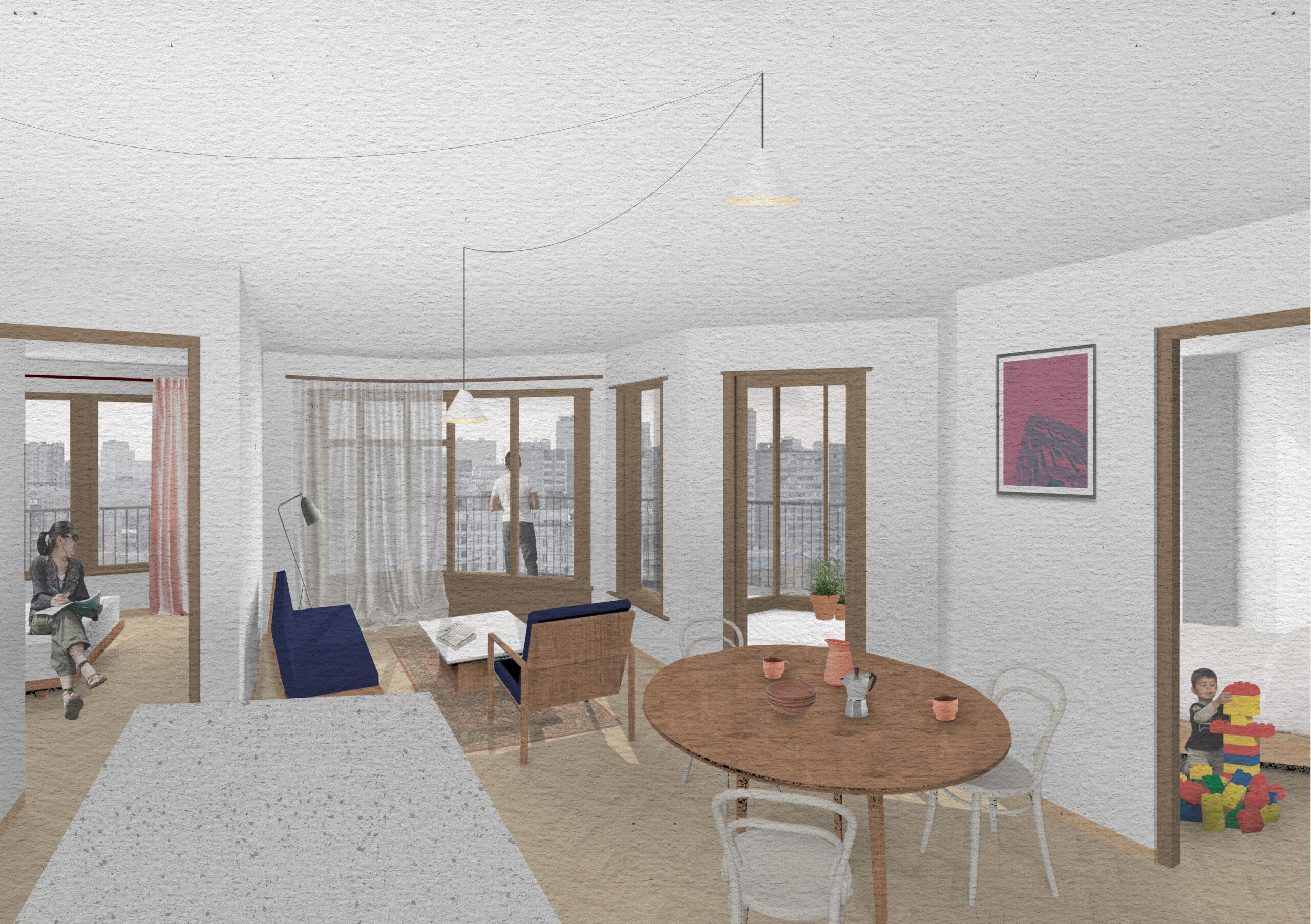 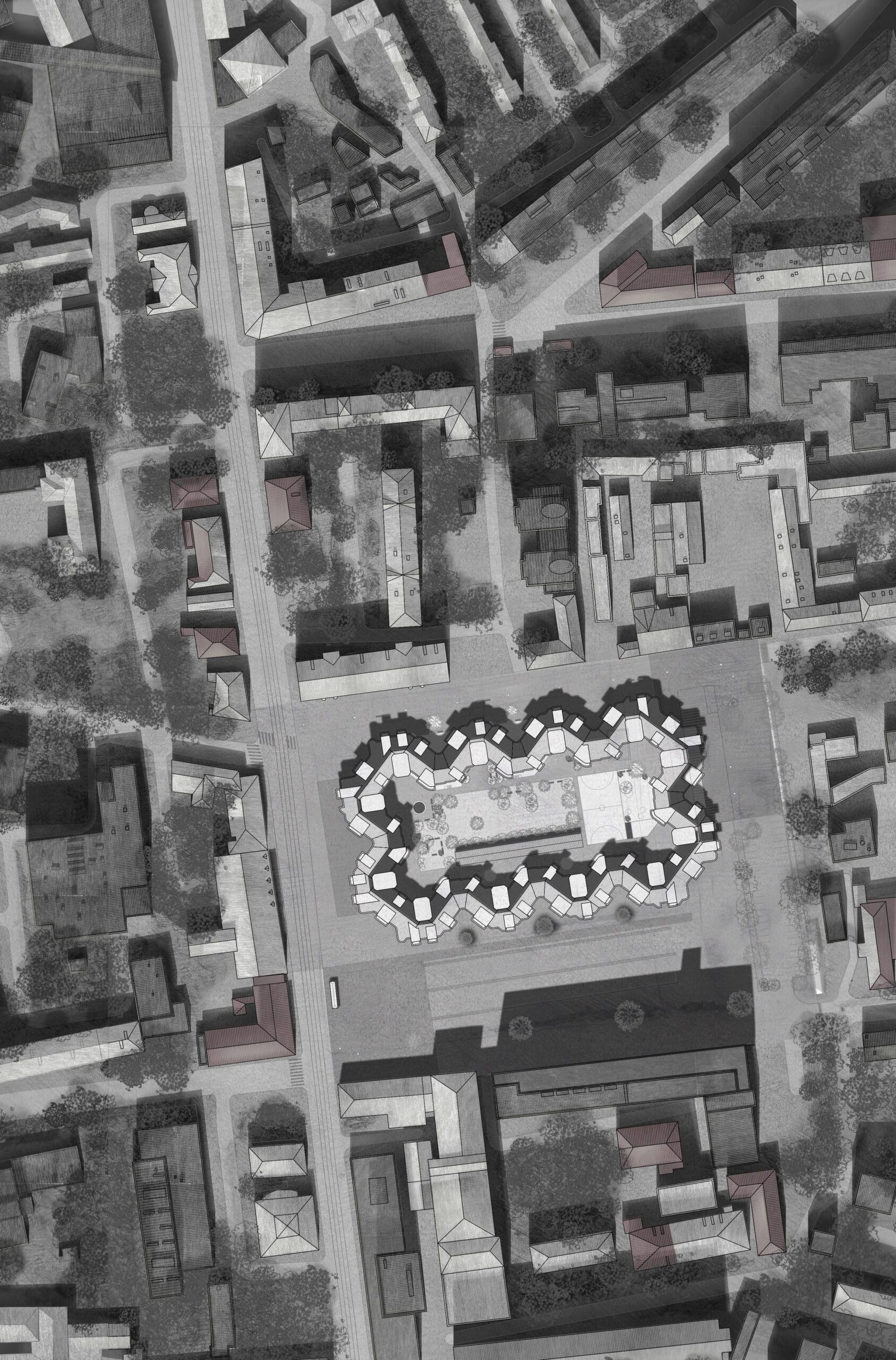 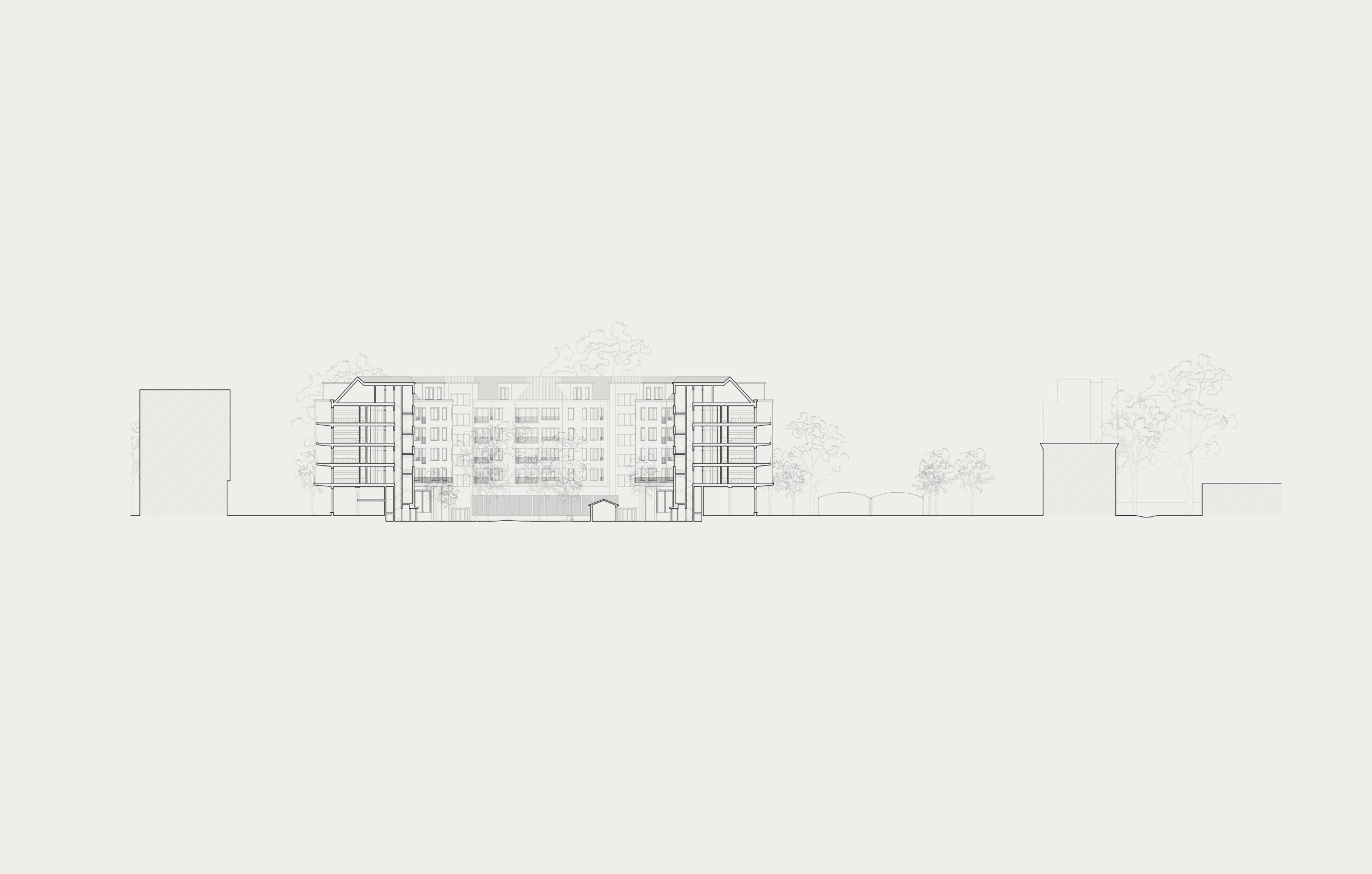 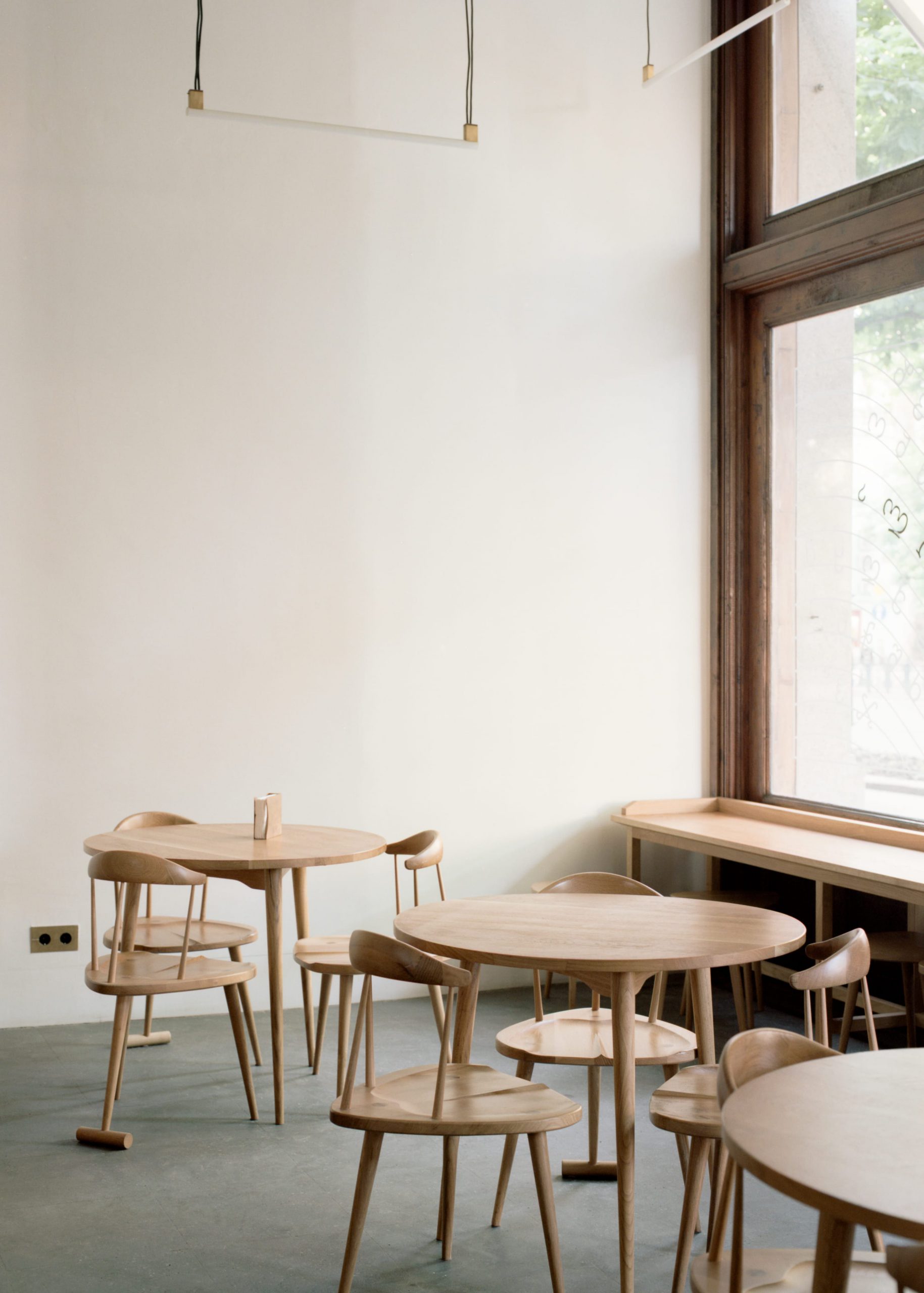